As I am also interested in the artificial intelligence and data science area, Let's explore the basic definitions of Artificial Intelligence, Machine Learning and Algorithms and how they are inter-related.

This term is introduced back in 9th century by the Persian scientist, Mathematician, an Astrologer and most commonly known as the "Father of algebra"-  Abdullah Mohammed. He introduced this term indirectly to the world - algorithm.

As I mentioned algorithm is nothing but a sequence of steps to perform certain tasks to achieve certain results. When we talk about this algorithm, there are some characteristics associated with this algorithm as well.

That is about algorithm and we got to know that how artificial intelligence is related to these algorithms.

Artificial Intelligence makes computers to perform human-like tasks. We want computer to learn by itself and perform certain tasks. So when we talk about these learnings definitely it is something most commonly used learning which is Trial and Error.

For example, we know all know the chess game. So first time when we play that we want to perform certain steps to achieve the mate and then we want computer to remember those sequence of steps so that when next time some other user uses it or the same user use it next time we know that if the same steps are followed then mate will be achieved. i.e. end result will be achieved.

That is nothing but the learning by itself where machine will learn it by itself through the iterations as well as with the help of algorithms, of course.

When we talked about these learnings, the first learning that we will come across is Machine Learning. We have lot of systems or the services working right now with this machine learning.

So when we talk about these learnings and being any machine learning professional, we need to know that there are total 14 types of learnings available as below - 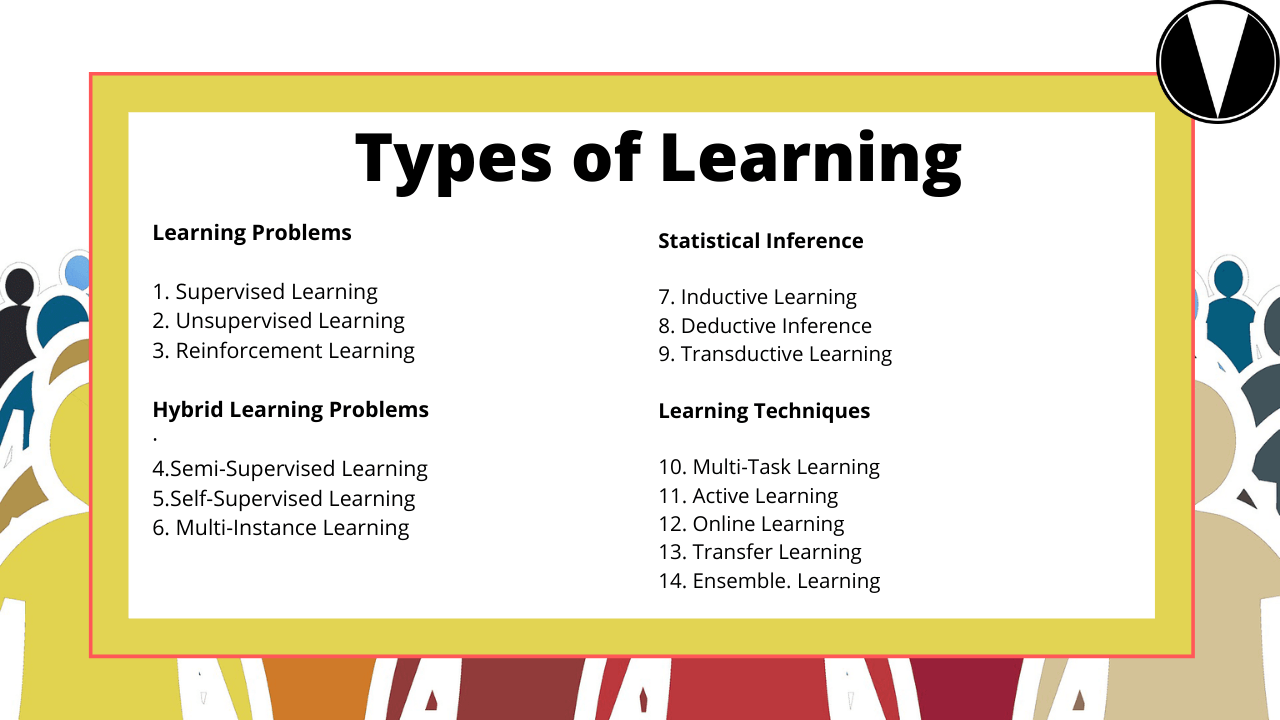 We will try to see which algorithms fall under the supervised learning and explore the first algorithm under that.

Until we met Happy Leading and Let's lead together. Stay safe.