Change in the System

This is one of my favorite quotes "To change any system you have to be a PART of that system". I think, I was in school, when I heard this one. Since then its my favorite quote. As I always want to lead, I think having courage to stand for right things, can bring the change now or later in a time.

But is it like only one person can bring that change? or if you have multiple people standing for the right thing can make it easier? Yes, obviously more the people more the strength, provided all stand for the same thing "Good Change".

The 6 letter word "CHANGE" , I can think about it like "Culture", "History", "Attitude","Nature","Geography" and "Environment".

If we have to talk specific about the culture, it can be society / country / workplace anything, which we are a part of, but it is hard to bring a CHANGE, even though you see something wrong.

Let's figure out why is it hard? 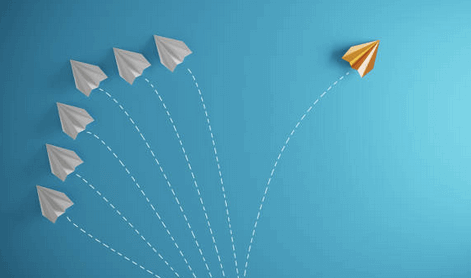 Is it because, its hard to find all people agreeing for the same Change? Or people get used to it and have no time to invest to bring this "Change". Yeah mostly when we think about bringing a change in any kind of system, its hard to find people taking a stand and doing something. May be its easy when you are young and start doing right things but as you get older you have more things to care about, so hard to find people around you taking stand for right things.

Also, some cases it might be more of a fear, more insecurities or more to loose, so people tend to follow what majority of the society is following. But thats how we differentiate between followers and leaders may be. Leader always shows a courage to stand for a change when it comes to bring the good /right thing.

To bring any change, it requires a lot of patience and efforts. As when you think about bringing any change, even though it is a good change,  hard to find that support from other people.

If you go back to some of the leaders like Mahatma Gandhi, Nelson Mandela, Albert Einstein, they brought change to the WORLD, but they did lots of sacrifices on their personal life or they might not had the best life or self centric life. They invested their entire life to bring this change either its society norms or scientific innovations or democracy.

Its very easy to make people fool or make them fall for superstitions or fall against each other on the basis of cultures, regions and so on or influence with some typical thought process. Being a human, its a natural tendency to fall for such things which brings fear to loose something precious. But if one decides what is precious in their lives, then its easy not to fall for it and do the right thing.

Not sure, how much I will be able to stand for right things and bring the Change, but this is one of the ways I found, to speak up, if I see something that I would like to Change. Let me know any thing you see happening around and you would like to change it, which in turn can help you as well as people around you.

Looking forward to hear back from you as I am learning from your inputs as well.

Until we meet Happy Leading and Let's Lead Together! Bye for Now!!