I thought as a part of #WritersWednesday, I should also contribute and cover some other topics. As I started this initiative, doesn't sound good to only ask and encourage other people to write.

So, couldn't find the best thing to start writing about is Festivals in India. Today, is the "Gudi Padwa", an Indian festival that marks the beginning of the New Year and the harvest season for the people of Maharashtra [the place from where I belong to] and Konkan region. This festival is celebrated on the first day of the month of Chaitra [Marathi Months], according to the Hindu calendar, which usually falls during March-April.

Gudi Padwa is celebrated with people cleaning their houses and decorating it with Rangolis [refer the picture below]. Both men and women wear new clothes to celebrate this auspicious day. Women also wear traditional Jewellery. Eating a chutney made of newly sprouted Neem leaves and Jaggery is a must part, reason behind is, Gudi Padwa being the first day for the sun to start heating itself in the earth's Atmosphere would be the right time to have this Neem in human body. Neem by itself is known all over the world for its Blood purifying action, immune builder. 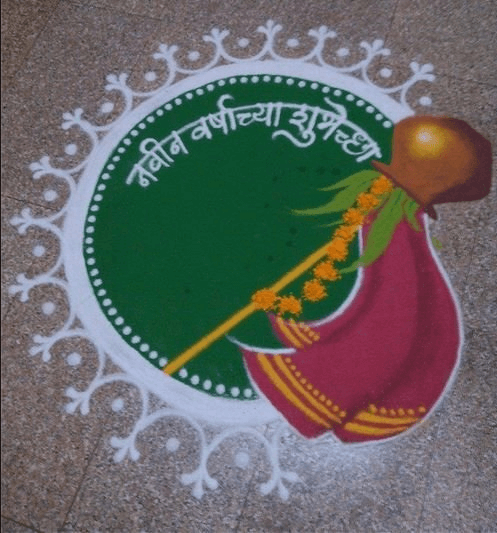 Historically, the Gudi symbolizes Lord Rama's victory over Ravana and the happiness and celebrations that followed. Since a symbol of victory is always held high, so is the Gudi [flag-refer the picture below]. The festival commemorates the coronation of Rama post his return to Ayodhya after completing 14 years of exile. 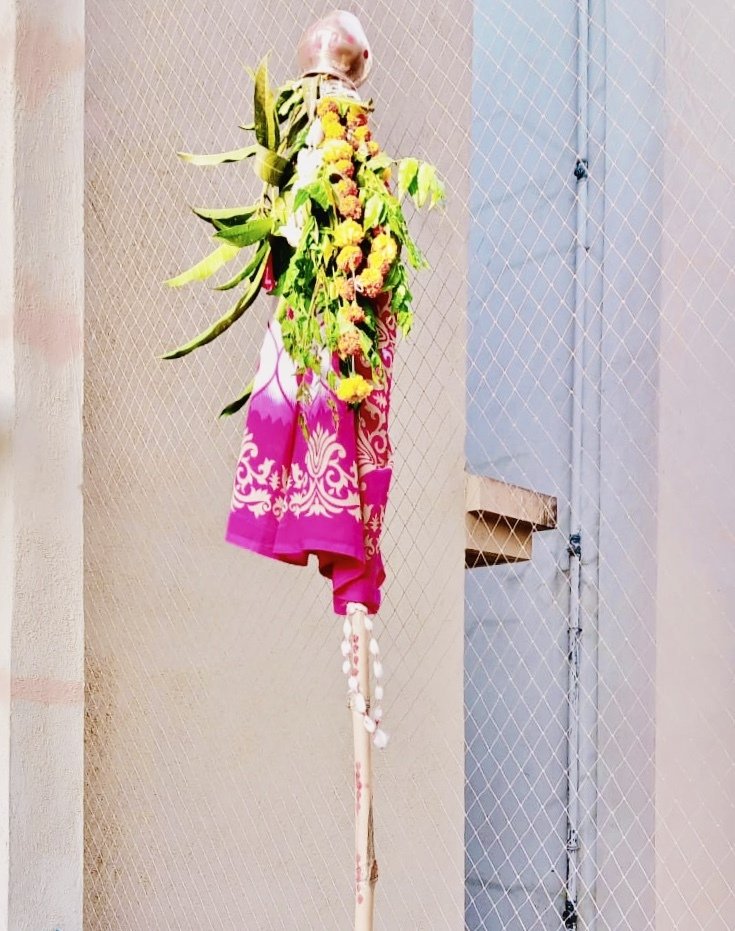 So, basically its a celebration of happiness, people and new starts. For me while growing up it was always a public holiday, lots of food, new clothes and lots of happiness around. For more details check here.

If you would like to write a blog around any of your cultural things, please do write and share it with me. I would be happy to include it, as a part of my #WritersWednesday Series. Looking forward to your interesting writings and insights.