This topic received the highest number of responses from people, so definitely shows its popularity and how much it interests people when it comes to Politics at Workplace. :-). No doubt it interests me as well, I am not different from other people. 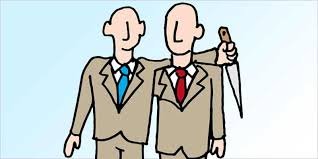 Whats the politics at workplace? Who creates it? How does it happen? How is it possible to avoid it to happen? Lot more questions which somewhere I relate up to certain extent, somewhere I don’t when I look into it.

When we think about it, its like every person some time in a career comes to the point to ignore it. But why nobody tries to work on it? Is it responsibility of a leader? Or is it responsibility of an individual? There will be only two stands I could think of people come up with, either person learns to be a part of it, or decides to be neutral about it. But does that really helps? May be sometimes it helps, sometimes it doesn’t . So, its not about which stand you take for politics at work place. But it is about finding out what works best for you.

Its human tendency, everybody wants to be a favorite person, nobody wants hate. But what if we get hate? Isn’t it ok? As people say maximum haters you get you progress in your life. But who said its not true in other case if you get more likes, that is motivating too, to progress more. It depends on how you look into things.

What will happen if somethings goes wrong or doesn’t happen on time in career - like not getting promotion, not getting any growth, not getting any visibility what I understood is knowledge is the only thing which stays forever with any person, neither your team, nor your peers or any other thing. May be some people whom you get more connected and find relatable to you stays with you forever.

Rather than thinking about to be a part of politics I believe - try to excel, show what you are capable of, instead of trying to be favorite person of your leader or manager. Skills always going to stay in your profile. May be for one organization it doesn’t work, but in some other it might. You are not going to be in same zone in your entire career. It brings change, needs change.

Human nature - either it is fearless or have a fear. People who have fear, they always look for some kind of support. People who are fearless, may be enough capable of taking stand for themselves and don’t care about things around. But it might be possible that if you always keep listening about politics happening around, that might spoil you, you think of giving up on it. That is temporary, you find the way out, you know you will do better for yourself.

Politics - If I think about it, I feel, people don’t understand, they are dividing people which in turn spoiling team spirit and in turn making people believe that it was like this and it is going to be like this forever, so better to be neutral. But why can’t someone stands for it if something is happening wrong, there comes the real thing out "being diplomatic", when it comes for taking stand against, it is hard to be united and stand for it. So basically, neither it creates unity in team to support politics or to stand against politics. “Thing”, which has no capability to create any kind of spirit, team spirit, isn’t  a waste of time thinking about it. Yes theoretically it sounds amazing, but we are human, and we do get affected by certain things. So, it is ok to be upset about it sometimes, when things are not into your favor or not happening the way you want it. If it is not happening now, it might be possible it will happen sometime later. As every person won’t get same things in career at same time,  some people it may happen on time, some people might get it little later, but what one has to believe is it does happen, it all depends on your attitude. So life is not that serious, its easy, so keep things sorted, don’t take anything too seriously in your career. I learnt and still I am learning. I might be wrong, but experience teaches you lot more, its up to you how you will utilize that. Some span of your career you already might have met good leaders/peers around or if did not meet them yet then you will meet once for sure.

Invest your time in learning and training yourself, rather than thinking about something which is not going to create any positivity. Also, as I say share that knowledge too, thats the only thing which grows if you share for sure, neither money, nor your status, nothing.

Keep Learning & Sharing! Stay Tuned! See you on next week Tuesday! We have lot more in our plate for Technical Tuesday Topics :-)